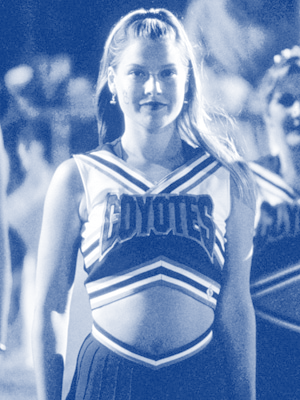 In his book Why Men Are The Way They Are, Warren Farrell doesn't use this exact bit of jargon, but the example he uses is so clear that this phrase jumps to mind.


When a football player loses his position on the team, he seldom sees a cheerleader run off the field saying “Wait, I'm still cheering for you—I love your openness and vulnerability.” He notices, instead that she cheers for his replaceable part. He learns, on some level, that all heroes are replaceable parts.

...He is learning, subconsciously, that female support, nurturing, is conditional—it goes to the men on the playing field. Therefore her support is really pressure to keep performing.

Farrell calls this maintaining your hero status. Red-pill men today call it maintaining alpha. Both refer to the same thing: the football player's dilemma. A man can either maintain his hero/alpha status (even when he would prefer not to) or stop being the hero/alpha and risk losing his woman.

As Farrell states: "a jerk is often a hero who messes it up along the way."

The purpose of this post is to add some jargon—a bit or shorthand—to the red-pill dictionary.
Posted by 8to12 at 6:12 AM