Why Men Are The Way They Are 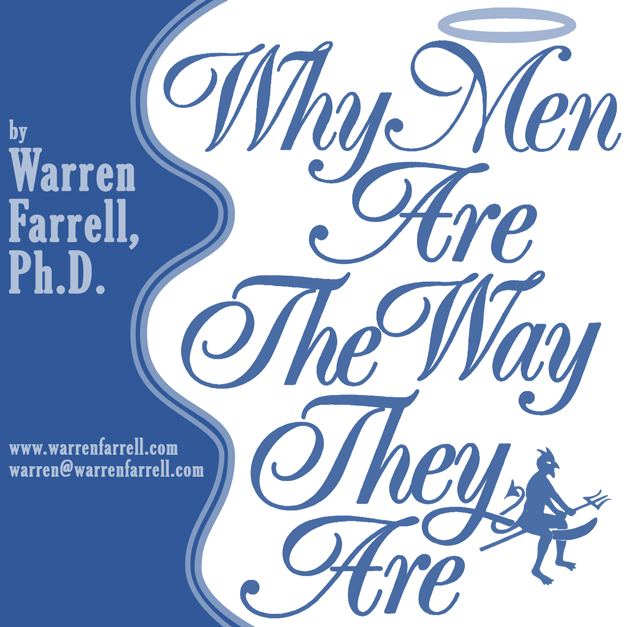 I have recently finished Warren Farrell's 19861 book Why Men Are The Way They Are. While Farrell's later books (particularly The Myth of Male Power) are more widely read, I found his this book to have some fascinating insights.

Written 30 years ago, Farrell had not yet (to use a modern analogy) “swallowed the red pill.” He was still trying to reconcile his lifelong feminist beliefs (he literally served on the board of the NYC chapter of NOW—The National Organization for Women) with what his research was revealing—and failing miserably.

What he ended up with though, was a catalog of red-pill ideas. Everything is here, from the problems of marriage 2.0 to the female-imperative2. Farrell doesn't use the modern jargon (the book was written 15 years before The Matrix—the movie that gave us the terms red-pill and blue-pill), but he does explain the modern concepts and the underlying social norms.

He also has a number of concepts that the men's red-pill movement has either missed or failed to label.
Those are the areas of the book I'd like to discuss in future posts. For now, I'll simply recommend Farrell's book as an easy to read introduction to red-pill thinking. One that, ironically, was written for women, but that does an excellent job of revealing the true problems men fact in life—then and now.

1 Wikipedia lists the publication year as 1988, but the hardback copy I have lists the copyright date as 1986.